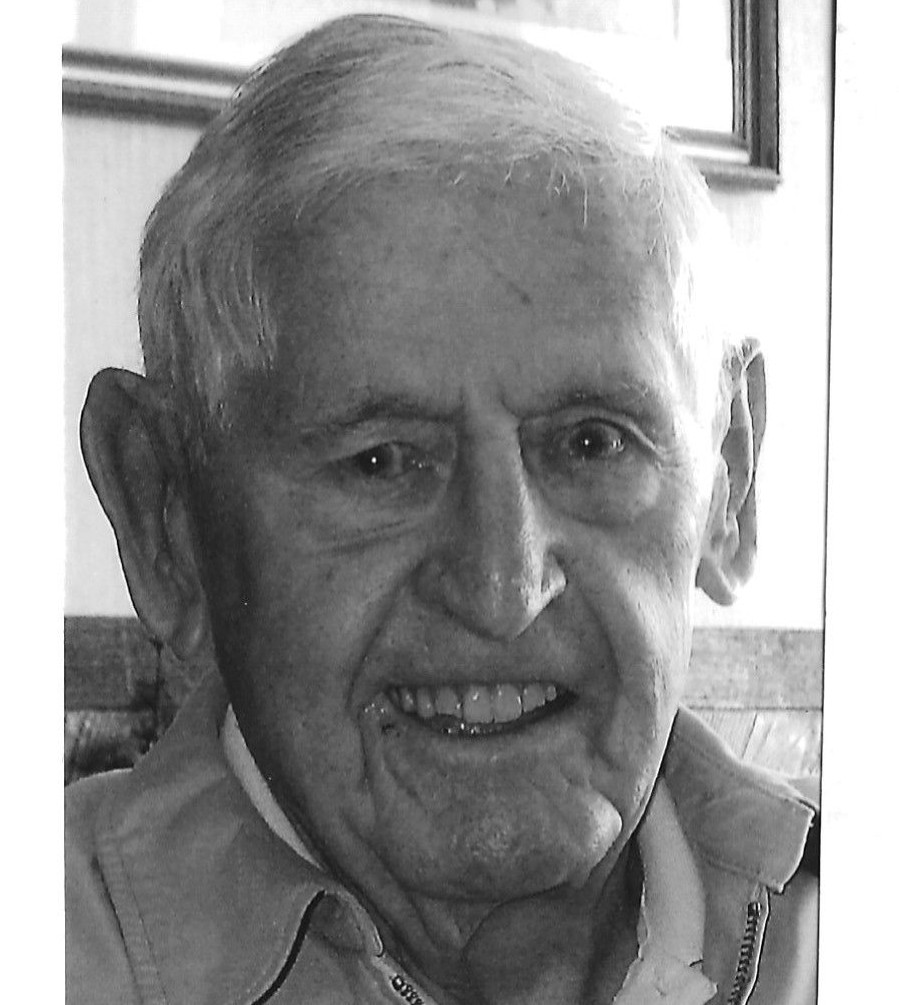 Charles Theodore McCaffrey, 95, died Thursday, Nov. 4, 2021, at The Birches of Concord, NH. He was born on April 19, 1926, in West Medford, MA to the late Edward J. and Agnes McCarthy McCaffrey. He was one of three children including a sister, Marion, and a twin brother, Edward.

Charlie attended and graduated from Medford High School and enlisted in the U.S. Navy in 1944. He proudly served on a PT boat in the Pacific during World War II and in his later years he was seldom seen without his PT hat. One of his most memorable events was attending an Honor Flight trip on April 8, 2017, to Washington, D.C. with the Honor Flights in Florida.
Following his return from the war, Charlie married Jean Oldford and they resided in Bedford, MA for over 65 years. They had a daughter, Susan. Charlie worked as a sales manager at Bedford Minuteman Volkswagen for many years and Jean owned the St. Paul's Nursery School in Bedford. He was a member of the Lexington Minutemen, American Legion Post 221, and PT Boats Inc. Upon retirement, they spent winters on Hutchinson Island in Stuart, FL. Jean died in 2003 and Charlie then spent six months in Florida and six months in Bedford. He loved to sit by the pool at Fairway Villas in Stuart and soak up the sun. He was dubbed “the mayor” of Fairway Villas, always making sure everyone was following the rules.
Charlie is predeceased by his wife, Jean; his parents; his sister, Marion; and his brother, Edward. He is survived by his only child, Susan, who resides in Belmont, NH, and his sister-in-law, Nancy Fletcher, who lives in Westford, MA. He will be greatly missed by Susan, Connie Pipe, his many friends in both Bedford, MA and Stuart, FL, and especially the Driscoll family and Tim French.
A private burial will take place at a later date and celebrations of life will be held in both Bedford and Stuart also at a later date. In lieu of flowers, donations can be made in his name to Honor Flight, Box L-4016, Columbus, OH, 43260-4016 or an online donation to Honor Flight Make A Donation page. The Cremation Society of NH is assisting the family with arrangements. To view an online memorial, leave a message of condolence, or for more information please go to www.csnh.com.

To order memorial trees or send flowers to the family in memory of Charles T. McCaffrey, please visit our flower store.
Send a Sympathy Card