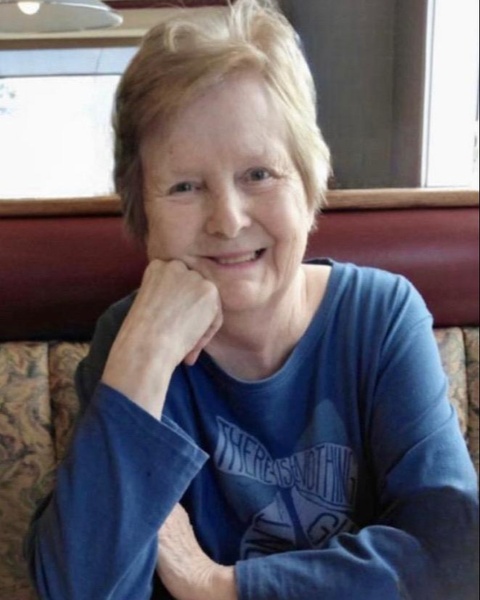 Claire Germaine Kennedy passed away on September 18, 2022. She was born on February 25, 1943 in Woonsocket, Rhode Island to Gerard and Germaine Either. Claire was the loving wife of husband Richard Kennedy for 54 years. She was proud to have been a nurse for many years in the Nashua area and dedicated her life to caring for others. Claire worked at St. Joseph's Hospital and many other healthcare facilities in the southern NH area.

In her younger days, she was a stay at home mom. She later became a working mom always sure to have her boys on time for their many baseball and hockey games. If you went to a hockey game and her sons were playing, you would certainly hear the bell ringing.

In retirement, she enjoyed sailing out of Kennebunkport, ME on their sailboat the Nora Claire, affectionately named by Richard after Claire and his mother. Claire and Richard made a great team on the water and she took great pride in maintaining their boat in tip top shape. Claire could keep anything clean. Claire and Richard also enjoyed simple pleasures like watching and cheering on the Bruins and Red Sox. She was a doting grandmother and provided many years of support.

In the more recent past, she took gentle care of Richard in his greatest time of need.  She was his nurse.   She also found comfort after the loss of Richard by finding some close friends in her retirement community.  The family is thankful for those friends and for the close lifelong friends that have shared their thoughts and prayers.

Claire was preceded in death by husband Richard, her parents Gerard and Germaine Either and brother Robert Either. She is survived by sons Michael and David Kennedy and David's wife Lisa and their daughters Ellie and Olivia, loving sister Pauline Brodeur and husband Richard, brother Gerry Ethier and wife Nancy as well as many nieces and nephews.

A graveside funeral service will be held on Thursday September 22, 2022 at 1:30pm at The New Hampshire State Veterans Cemetery in Boscawen, NH. There will be a Celebration of Life immediately following at the Duston Country Club, 40 Country Club Road, Hopkinton, NH. Friends and family are welcome to attend.

In lieu of flowers, donations may be made to St. Jude Children’s Research Hospital.

To order memorial trees or send flowers to the family in memory of Claire G. Kennedy, please visit our flower store.