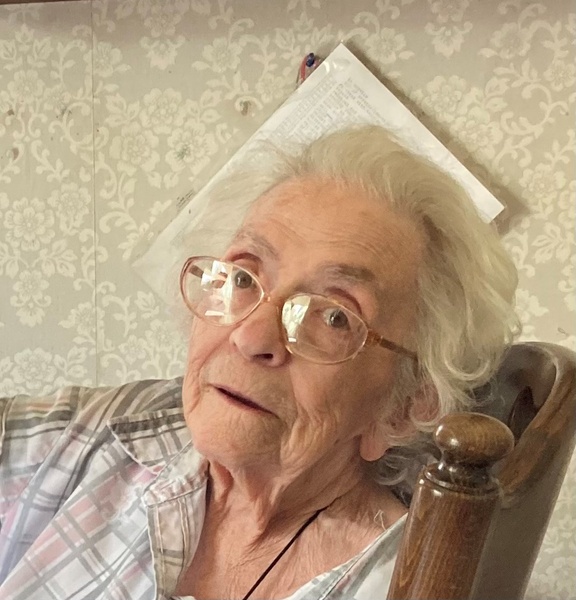 Edith May Corey, 93 a lifelong resident of Brookline, NH passed away peacefully at her home on July 28, 2022.  Edith was the middle child of 5 and was predeceased by three of her siblings Bernice Towne, Clarence Corey, and Erwin Corey.

Edith was born in Brookline, NH on August 3, 1928 daughter of Harry and Louise (Beaubien) Corey.  She was raised and educated in Brookline and graduated from Milford High School.

Edith grew up in Brookline where she worked on the family farm, and at the age of 13 or 14 she worked at Camp Hideaway in Amherst in the kitchen, she was a long time employee of Hillsborough Mills in Milford, NH and in 1948 Edith along with her cousin Lawrence Corey founded the Old Railroad Snackbar.  They owned and operated the Iconic Brookline landmark for more the 20 years until it was sold.  In the early 1970’s Edith again worked alongside Lawrence at L.E. Corey’s Gun Shop on Main St in Brookline where they sold guns, fishing tackle, and bait until the passing of Lawrence in July of 1979.  Edith will long be remembered for her Toll House cookies, and Whoopi pies she baked and sold at the Brookline Village store where she worked and helped owners Kay and Mike Terpstra for several years until they sold the store.

Edith was a passionate cribbage player and regularly displayed her expertise in playing this game. She always seemed to know what card was going to show up as the pone and had an uncanny knack for knowing what cards her opponent’s were going to play.  The only folks who could somehow best her were her great, grand nephews and nieces.  Edith played cribbage right up to the night before her passing winning two out of three games.

She was known and very much loved for her sense of humor and was never shy about sharing her views on any subject and you always knew where you stood.

To order memorial trees or send flowers to the family in memory of Edith M. Corey, please visit our flower store.