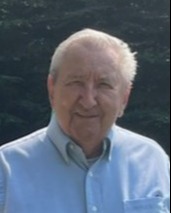 He was the husband of Ludmila Lavertu. They were married for 23 years.

Emile was a member of the US Navy. Retired from Tafa Inc Concord NH as an accomplished machinist.

Throughout his life he enjoyed fishing, bowling, watching sports, and spending time with his family. He was President of the Manchester NH Chapter of Parents without partners in 1970.

Emile was predeceased by his brother Donald Lavertu.

To order memorial trees or send flowers to the family in memory of Emile F. Lavertu, please visit our flower store.