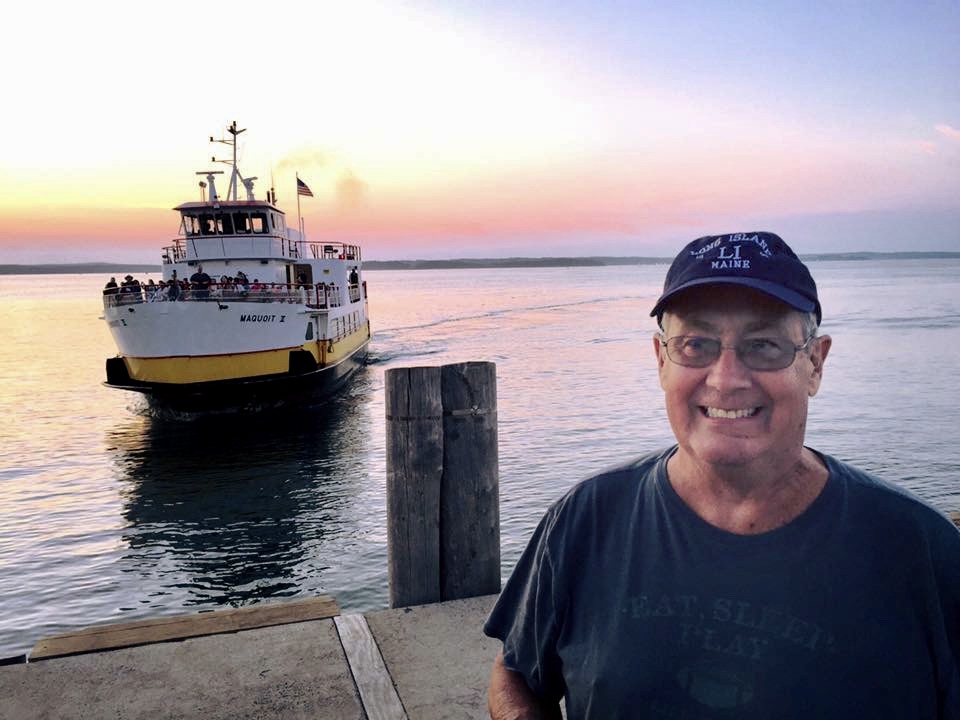 After a long illness, Fred W. Harrington, of Amherst, New Hampshire, died comfortably and peacefully at The Courville at Bedford - Carlyle Place, in Bedford, NH on May 6, 2022. He would have been 85 years old on July 17, 2022. For the past year, he was grateful for the caring and supportive caretakers and staff at Carlyle, and very much looked forward to and enjoyed all calls, texts, and visits from friends and family, particularly from his loving wife, Sally, who visited him there daily.

Born in Whitman, Massachusetts in 1937, he was the younger brother of Robert Harrington and Gloria (Harrington) Casey. Though both predeceased Fred, he always cherished his life-long relationships with their children, his seven Harrington nieces and nephews. They all adored him and lovingly called him "Freddie"!

Fred excelled in several sports as a young man, particularly football, and was feared as “the galloping ghost” of Whitman High School, where he graduated in 1955. In 1957, after a post-graduate year on a football scholarship at Worcester Academy, he enlisted in the U.S. Army, and was stationed as an officer in Frankfurt, Germany until 1960. After his service, he attended Stonehill College in Easton, MA, earning a bachelor’s degree in business administration in 1964.

In October 1964, he married Sally Moses, a resident of Falmouth, MA. They were married at Saint Patrick's Church in Falmouth. Within two years, they moved north to Bedford, NH and then in 1969 settled in Amherst, NH where they raised their three boys.

Fred had a fruitful forty-three-year professional sales management career spanning two major industries - plastics and then transportation. He was warm, genuine, and outgoing, a natural salesman - qualities that also served him well with all of their close and lasting friendships in and around Amherst for over fifty years. An avid sports fan, in his retirement he enjoyed watching all Boston sports, and volunteered for Meals on Wheels, Friends in Service Help (FISH), and the SHARE food pantry all located in Milford, NH. He loved all New England winter activities, especially skiing, but enjoyed most his trips to the ocean in the summer-time – both boating and beach-going - on Cape Cod, at the New Hampshire seacoast, in Maine, or Nova Scotia. There was always a special place in his heart for Long Island, Maine in Casco Bay, where he spent many summers as a youth at a family vacation home.

He is survived by his loving wife Sally of 57 years, and his three sons: Jeffrey and his wife Janine of Dover, NH; Marc and his husband Edward of Pawlet, VT; and Matthew and his wife Ellen of Bedford, NH. He is also survived by his aforementioned Harrington nieces and nephews - Martha, Mark Jr., Tom (Casey) and Adeline, Robert Jr., and Susan (Harrington), as well as his brother-in-law Bradford Moses and his wife Carol of Amelia Island, FL , as well as the Moses nieces - Jean and Christine and their families. Fred was a good father to Jeff, Marc, and Matt, and was a proud and loving grandfather to Samantha Harrington, Matt and Ellen’s daughter, a sophomore at UNH and an aspiring nurse. Fred cherished all family gatherings, had a big heart, loved people, and lived a long, rich life.

ARRANGEMENTS: A Celebration of Fred’s Life will be held later this summer - a ‘party’ that he will be proud of - as he strongly suggested in writing (he drew up the party plans himself) where all present will be offered his favorite - steamed lobster - and ‘a cold beverage of their choice’.

In lieu of flowers, please consider a donation to: SHARE Outreach, 1 Columbus Ave., Milford NH 03055 or at https://www.sharenh.org/

Assisting the family with arrangements is the Cremation Society of NH, Manchester. To view Fred's Online Tribute, send condolences to the family, or for more information, visit www.csnh.com.

To order memorial trees or send flowers to the family in memory of Fred Harrington, please visit our flower store.
Send a Sympathy Card