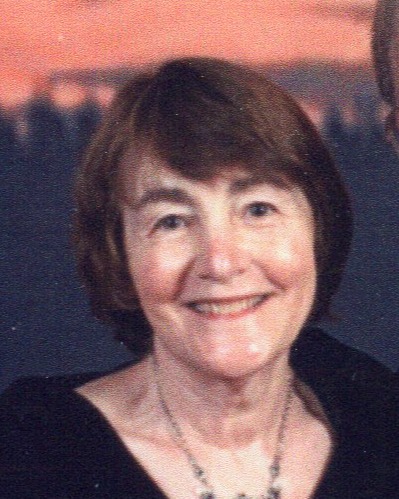 She attended Castleton College and earned a bachelor’s degree in education. As an incoming freshman in 1957, she married the Rev. David Pearson, who was then a sophomore. Gail was a devoted and loyal wife and they were married for nearly six decades until David’s death in 2015.

They lived in several places following David’s ministerial duties. While living in Northfield, VT, Gail was a teacher. Later, she became a librarian in Rochester, NH, where they stayed for over 25 years.

Her interests included reading, gardening and practicing photography. She was a prolific and accomplished quilter. Along with David, she traveled the world including trips to China, the United Kingdom, Germany, Egypt and the Holy Land.

She is remembered as being outgoing and gregarious: the life of the party. She had a great sense of humor and feistiness, which meant she was never afraid to speak her mind, especially to defend the causes she believed in such as education, the environment, and the future of our country.

She will be missed by her friends and family, including siblings, Donna (Bill) Fisk of Rutland, VT and Lee Wilson of Halesite, NY; sons, Jeff (Arlene) Pearson of Middle Island, NY, Craig (Karen) Pearson of Milton, NH, and Michael (Laurie) Pearson of Sturbridge, MA; grandchildren, Jessica Pearson of Winooski, VT, Zachary Pearson of Irving, TX, Caleb Pearson of Burlington, VT, Sierra (Kenny) Sullivan of Boston, MA, Matthew (Sarah) Pearson of Concord, NH and Sawyer Pearson of Lebanon, ME; and great-grandsons, David and Elliot Pearson, as well as many nieces and nephews.

A celebration of life will be held Saturday, Jan. 28, at 1 PM at First Congregational Church of Rochester, NH. A reception will be held after in the church hall.

Assisting the family with arrangements is the Cremation Society of NH, Boscawen. To view Gail's Online Tribute, send condolences to the family, or for more information, visit www.csnh.com.

To order memorial trees or send flowers to the family in memory of Gail Pearson, please visit our flower store.