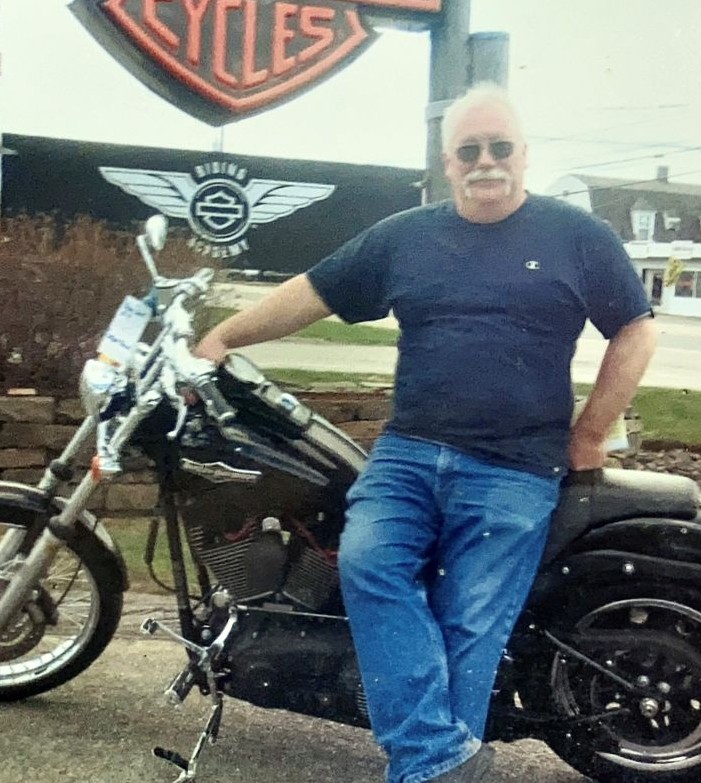 Gary Clifford Wilson (“Duke”) of Guilford, VT passed unexpectedly from this life on Saturday, November 6th doing what he was best known for, helping a friend.

Gary was born on February 10, 1963 in Marlborough, MA to Francis Arthur Sr and Carolyn Wills (Page) Wilson and attended schools in Whitingham and Brattleboro, VT. He graduated from Brattleboro Union High School in 1981 and from Wyoming Technical Institute (Laramie) in 1982. He worked then for several years as a diesel mechanic with Southworth Milton in Henniker, NH. Upon returning to VT, he worked with C&S Wholesale Grocers and Lynde Well Drilling. The last several years he worked as a nuclear technician with ROV Technologies (now Westinghouse International).

Aside from his friendships, Duke’s greatest joy came from his children and grandchildren with whom he enjoyed fishing and riding his Harley.

Gary was predeceased by his parents, his eldest brother Francis Jr, and his nephew Jarrod Bills. He will be greatly missed and long mourned by his daughter Sara, her husband Andrew Kirkaldy and their children Archie and Jamie, his son Paul Wilson and his love Hannah Kochinskas, his brothers Rick Wilson and wife Shirley, Allen Wilson and wife Karla, sisters Susan Wilson and Wendy Wilson, and several dear nieces and nephews.

A celebration of his life will be held at a time to be determined in the near future.

In lieu of flowers, please send donations in his memory to the Vermont Fish and Wildlife Trust Fund (https://vtfishandwildlife.com/donate).

To order memorial trees or send flowers to the family in memory of Gary C. Wilson, please visit our flower store.
Send a Sympathy Card