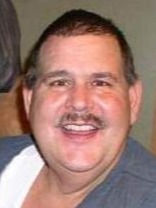 Harry Fremont Anderson Jr. passed away peacefully on January 17, 2023, at the age of 62, with his devoted wife Wanda at his side after a long battle with cancer. Born in Concord, NH on November 12, 1960, the son of the late Alice (Flanders) and Harry F. Anderson Sr.

Harry had a whirlwind meeting Wanda and 13 days after meeting her he popped the question. Harry's greatest love was his wife, children, grandchildren and his family and friends. He loved hunting, fishing, going deep sea fishing with his buddy Bruce Cayer, his fishing trips to Pittsburg with Rex Jenna and going to auctions and agricultural events with John Keyser. He also enjoyed going to Nova Scotia and spending time with his family, especially hunting with Jerry, Bill and all the guys. Harry trained as a meat cutter for Frank Cricenti at Cricenties Market where he stayed until Frank retired, then he worked at Market Basket for about 25 years before the cancer hit. Harry had a long seven-year battle and he was a miracle.

As anyone who knew Harry, aka The Big Guy, you know his love for BBQ and family gatherings.

A service will be held at a later date that will be announced with a BBQ after to celebrate Harry's life well lived and loved.

To order memorial trees or send flowers to the family in memory of Harry Fremont Anderson Jr., please visit our flower store.