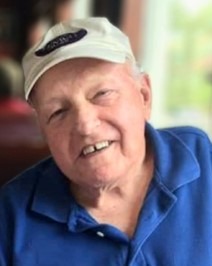 Our Lady Of Lourdes Church

On Thursday January 19, loving father and grandfather, Harvey Joseph Bergeron Jr. passed away at his farm home in Loudon, NH.  The son of Harvey J. Bergeron, Sr. And Berniece Moody. He grew up in Methuen MA but as a young man moved to Loudon to pursue his lifelong love of farming. He was also an entrepreneur in other areas including real estate. Harvey raised dairy cows and then beef cows on the Hill.  He was a mentor for many, sharing his farming and agricultural knowledge.  Harvey continued to plant and tend a garden every year. He had an amazing relationship with the Upper City Road neighbors and farming community who he loved very much. He often talked about living in such a caring neighborhood.

Harvey loved traveling.  His time in the army inspired a love for the beautiful places in the world.  He traveled to Europe with his wife and went west with his friends.  He enjoyed fishing, hunting, and hiking, and was a member of the AMC 4000 Footer Club.

Harvey’s faith was very important to him.  He was active in his local church.  He was the caretaker at the church Cemetery and his wife worked in the church office.  Harvey was best known for his fierce determination and love of family.  He encouraged everyone to go after their dreams.  He is survived by five of his children, Tomi Sue and her husband Paul, Tamara and her husband Russell, William, Rebekah and her husband Michael, Herve' and his wife Brenda and his step children Mary Beth and Stephen. Also his grandchildren, Jeremiah, Christopher, Joseph, Nathaniel, Christopher, Zachary, Seth, James, Noel, Shannon, Tyler, Gabrielle, Dannielle, Corey, Tyler, Bryce, Samantha, Felix, Brittney, Spencer, Karina, Denzel and 12 great grandchildren, nieces and nephews, and his longtime friend James Lufkin. He was predeceased by his wife, Kathy, his son, James, and granddaughter Kaelyn.

SERVICES:  Services will be held Saturday, February 4, 2023 at 10am at Our Lady of the Lourdes, 20 River Road, Pittsfield NH with a reception following.

To order memorial trees or send flowers to the family in memory of Harvey Joseph Bergeron, please visit our flower store.

Our Lady Of Lourdes Church