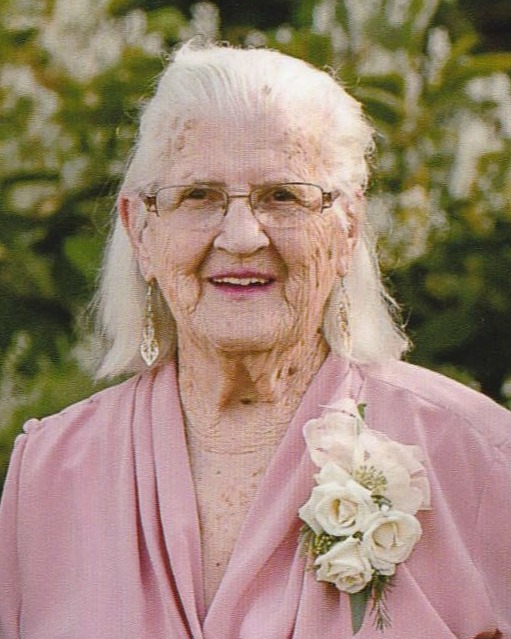 Helen Irene (Beaumont) Stevens passed November 2, 2022, in Concord after dealing with Alzheimer’s, she was 93.

She came into this world on April 12th, 1929, just in time for the Great Depression which influenced her life. She saved everything and when she was done with it, she passed it onto her children.

She was born in Melrose, Massachusetts, one of two children of divorced parents. When she was 15 her mother remarried and her stepfather was a big part of her life until his passing. He became “Uncle” to her children and they enjoyed visiting him and his new family.

When she was a young woman, she attended a party one evening and met her future husband, Laurin Stevens who told her to, “call me Steve.” Steve was attending watch making school down in Massachusetts. They married in a garden wedding at her parents’ home and then moved to Hillsborough, NH where they started their family. In 1956, they moved to Gold Street in Manchester, NH and completed their family with a fourth child and Helen lived there for 65 years.

During her life she was a homemaker, excelling at baking, cooking and sewing. She enjoyed collecting Teacups and proudly displayed them in her kitchen. The family enjoyed camping and would spend the first two weeks of August every year traveling the country towing their tent trailer behind them. Places they visited included the World’s Fair in Montreal, Canada, visiting relatives in Florida and many places in and around New England.

Helen didn’t learn to drive until she was in her 30’s and that gave her the freedom to run her errands and become more active in her church. She worked on church suppers, helped at rummage sales, taught Sunday school and sang in the choir. She and Steve enjoyed being members of the 3’n’1 group, where they joined others in meetings, outings and good fellowship. They found pleasure in taking ocean cruises which brought Helen to work at Home Insurance just to finance them. They also loved to Ballroom dance and you could find them every Saturday night at the Carousel Ballroom in Bedford, NH.

Helen lost her beloved Steve in 2007 after 58 years of marriage and was predeceased by her brother, Chester “Buddy” Beaumont.

She leaves behind three sons and one daughter, Paul and Michelle Stevens of Bedford, NH, John and Jeannette Stevens of Manchester, NH, Bob Stevens of Hillsborough, NH and Nancy and Ron Croteau of Weare, NH; nine grandchildren; ten great-grandchildren; and one great-great grandchild.

She will be missed but we know she is happily dancing with Steve once again.

To order memorial trees or send flowers to the family in memory of Helen Irene Stevens, please visit our flower store.