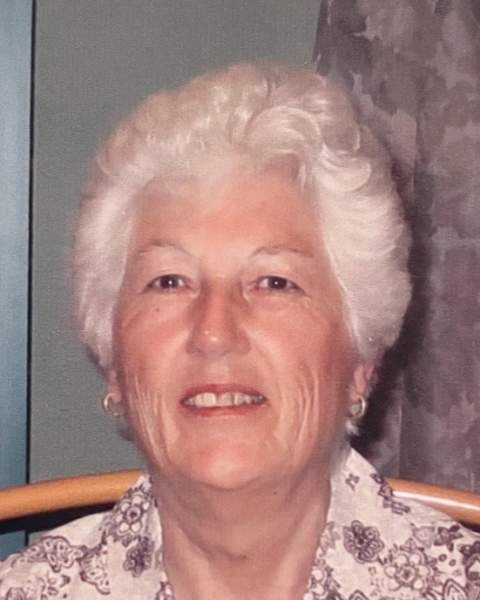 She was the wife of Robert Perreault.  They were married on May 18, 1957 in Manchester, NH.

She was a graduate of Chandler Public School where she was captain of the Track and Field Team and held the title of High Jump Champ for 3 consecutive years.

Joan married her husband Robert in 1957 and they later purchased Sheehan’s Texaco Service Station which they operated together for several years before selling in 1984.  She then went on to work as a Senior Lockbox Clerk at Citizens Bank until her retirement in 1997.

Joan enjoyed taking long Sunday drives with her husband and attending her grandsons’ sporting events and her granddaughter’s many dance recitals.  Some of her fondest memories were spent having her grandkids for sleepovers and later having her grand fur babies Lilly and Bailey over for visits.

She was pre-deceased by her three sisters, Rachel, Shirley, and Muriel and her brother, Alfred.

Arrangements: Joan will be laid to rest with her husband on Wednesday, November 16, 2022 at 11:30AM in the Chapel at the New Hampshire State Veterans Cemetery, 110 Daniel Webster Hwy, Boscawen, NH. Assisting the family with arrangements is the Cremation Society of NH, Manchester. To view Joan's Online Tribute, send condolences to the family, or for more information, visit www.csnh.com.

To order memorial trees or send flowers to the family in memory of Joan Perreault, please visit our flower store.