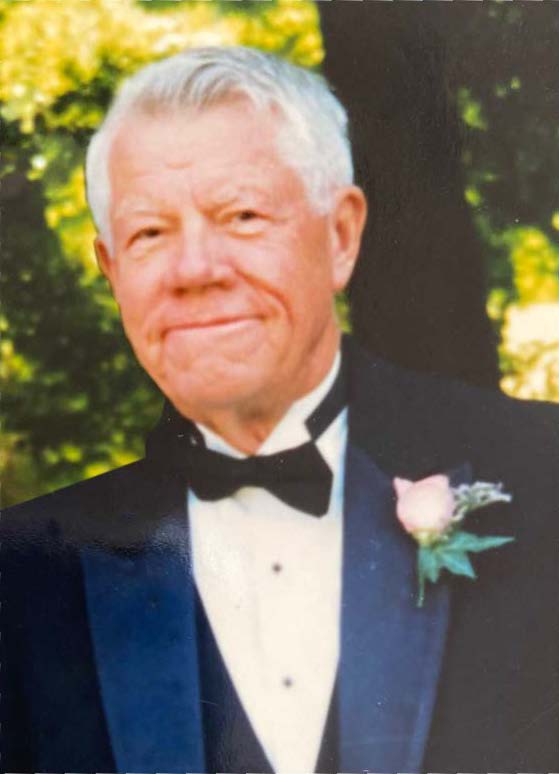 He was a devoted husband, father, grandfather and friend. His friendly nature, kindness and generosity made our world a better and brighter place. He will be deeply missed.

John was born in Concord NH on November 8th1927. He attended Concord schools, leaving High School to serve in the Navy from April of 45 to August of 46 (and later as a reservist). He then returned to High school graduating with the class of “47”. He received further education through the University of Virginia School of Consumer Banking. John began his banking career at the First National Bank of Concord NH. He joined the First National Bank of Portsmouth NH in 1960. He had a long and successful career and retired in 1991 as the Sr. Vice President of Retail Banking.

His position as a loan officer allowed him to help many people. He also donated his time to his community through many local nonprofit organizations: Portsmouth Rehab, Easter Seals, Portsmouth Hospital Board, Seacoast Health Foundation, Kiwanis. After retirement he became a regular volunteer at the Portsmouth Hospital.

John had a lifetime passion for golf, in his later years he spent many winters in Lady Lake Florida with his wife, where he was able to play golf all winter long. In the summer he worked part- time as a Starter at The Ledges Golf Club in York Maine.

He lived his life well and we feel greatly blessed to have had him with us for so long.

In lieu of flowers donations can be made to St Jude Children’s Hospital or Nh Easterseals.

To order memorial trees or send flowers to the family in memory of John H. Rodgers, please visit our flower store.
Send a Sympathy Card