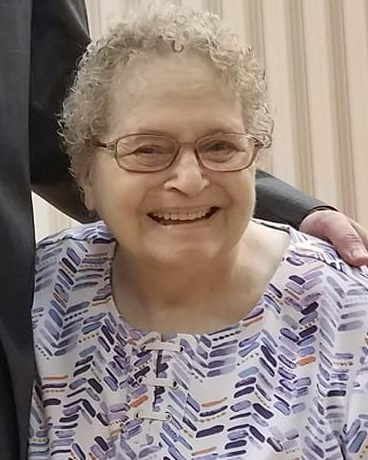 The Church of Jesus Christ of Latter-day Saints

Judith (Judy) White was born August 9, 1942 in Boston, Massachusetts to George W. Wildman and Ruth P. Bearce. She was raised by her grandmother and lived most of her life in Saugus, Massachusetts, attending Saugus High School. Judy married her high school sweetheart, Arthur B. White, Jr. on February 17, 1961. Together they had six children. Judy moved to Keene, New Hampshire in 1994, where she lived with her beloved son, Paul White, who lovingly cared for her and was constantly by her side.

Judy was baptized a member of the Church of Jesus Christ of Latter-day Saints in 1972. She played an active role in helping others through its Relief Society Women’s group for fifty years. She considered her church congregation her extended family, especially as she got older. She had a strong testimony of Jesus Christ.

Judy was constantly engaged in service to her community. For fourteen years—while raising her family—she volunteered as a den mother, leader and trainer for Cub Scouts and Camp Fire Girls. She also volunteered at the Keene Senior Center for ten years, as well as RSVP and other community groups.

Judy’s hands were always busy making quilts, hats, and mittens for the needy. Though she rarely left the house in her final years, she always found a way to get to the craft store to buy more yarn. One of her most treasured accomplishments was creating handmade afghans for each of the children in her church congregation. She was also known for making colorful, funky hats as gifts for friends.

Judy was spunky, outspoken, and fun. She was a proud New Englander—facing many challenges in life with determination and an indomitable spirit. She was well-loved by the nurses and doctors who cared for her throughout her illness, as well as many devoted friends who visited often. She was generous, gregarious and was known for her kindness even toward people she barely knew. She will be dearly missed by many, including her cat, Cassidy, who became a cherished friend to her in her final years.

Judy passed away peacefully at Cheshire Medical Center in Keene, New Hampshire on November 3, 2022, due to complications after a long and courageous battle with leukemia.

She is survived by five children: Paul, Christopher, Jonathan, Matthew, and Martha; as well as three grandchildren, and three sisters, and many dear friends.

As per her wishes, Judy will be cremated but her remains will be interred at Puritan Lawn Memorial Park Cemetery in Peabody, Massachusetts.

A public memorial service and luncheon will be held on Saturday, November 19th at 11:00 a.m. at the Keene Chapel of the Church of Jesus Christ of Latter-day Saints, 130 Summit Rd, Keene, New Hampshire.

To order memorial trees or send flowers to the family in memory of Judith L. White, please visit our flower store.

The Church of Jesus Christ of Latter-day Saints