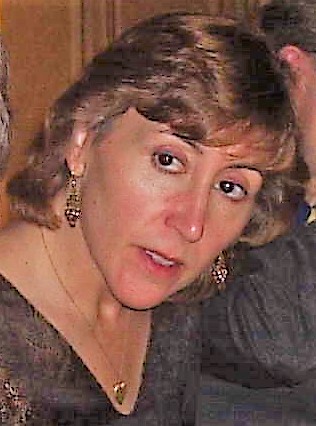 Lorrie (Luallen) Gray (60) of Sullivan, NH ended her three year journey with cancer and passed away peacefully, surrounded by love, with family members at her side on April 19, 2022.

Her parents, Willis and Lois (Benson) Luallen welcomed Lorrie into this world on February 19, 1962, her father’s 35th birthday. She grew up in rural Woodhull, IL with her brother, Jim, surrounded by many cousins, Aunts, Uncles and numerous friends. She graduated from AlWood High School in 1980, then went on to earn a Bachelor’s of Science degree with honors, in Recreation & Parks Management and a minor in music, from Western Illinois University in 1984.

Lorrie spent summers in the late 70’s and early 80’s as a camper and then staff member at Lutheran Outdoor Ministries Center, in Oregon, IL. She met Rob, the love of her life, at LOMC in 1984. The pair moved to NH, then Lorrie ventured to Dallas, TX. for a year. She returned to NH and worked at Camp Calumet Lutheran, in Freedom, NH for 2 years. The couple married on June 18, 1988.

Lorrie always felt blessed to discover and then build her “Dream Job” with Rob. The couple first traveled the United States and Canada, while employed as Actor/Directors with Missoula Children’s Theater of Montana. Each week the Grays cast, directed and performed in a musical production of The Fisherman & His Wife, with 50+ local children ages 5 to 18.

After returning to Sullivan, NH and being unfulfilled in “regular” jobs, the Grays founded Children’s Stage Adventures, a NH based non-profit organization. CSA brings week-long musical theater residencies to schools and arts centers across the northeast. In its 23 years of operation CSA has traveled to more than 1000 schools and communities, employed 48 tour staff, and provided the opportunity for over 50,000 children to shine onstage!

Lorrie found joy, not only in teaching and performing with children, but in writing and creating the musicals. Together the Grays designed, built, sewed, and painted, all the sets, costumes, and props for ten touring productions. Lorrie reveled in collaborating with the adults and “young” tour staff involved in the creative process of making musical theatre. She wrote four of the company’s scripts, including The Sword Called Excalibur, CSA’s premier production in 1999.

Lorrie appeared as the Troubadour, a wandering knight during the renaissance, in Excalibur, bringing music and stories to the people, art mirroring life. In her adaptation of Oliver Twist she wrote the part of Fagin for Rob, a gift of a character he always had dreamed of playing.

The Grays’ passion and dedication to children’s theater allowed them to travel to 25 states and three countries, including a month-long gig in Australia. They revisited numerous locations as they toured and folks were amazed by Lorrie’s memory and ability to make quick connections to almost strangers.

In her free time Lorrie delighted in listening to and playing music, including piano and guitar. She relaxed, reading popular fiction, favorite authors included Stephen King and Ken Follett. Walking, playing with, and loving on her “big” dogs, three adopted, long-haired mutts, was another cherished activity. She spent quality vacation time on the beach at Seaside Park, NJ, walking endless miles of shoreline in search of her treasure, sea glass.

The Grays were craft beer enthusiasts and often traveled the backroads of New England to find small, unique brewpubs. They recharged their creative batteries on Broadway frequently. As audience members they adored the Big Musicals, the crazy comedies and moving dramas. These extensive travelers favored the northern Rockies, Yellowstone and Glacier National Parks, British Colombia, and their favorite hide-away retreat, Chico Hot Springs in Pray, MT

Lorrie was adored and will be greatly missed by many, especially her life adventure partner and husband of 33+ years, Rob Gray, her brother Jim and wife Kelly (Spivey) Luallen and their extended family, numerous aunts and cousins, relatives and in-laws, countless students, teachers and parents at schools she visited. All were influenced by her passion for singing and musical theater, and her belief in the talents of children around her and their inherent goodness.

She is preceded in death by her parents, Lois and Willis, her sister Brenda, her nephew, Derik Luallen, and her beloved “Big” dogs, Bernie, Chico and Bailey.

Per her request there will be no funeral. Private celebrations of her life will be planned at later dates and times.

In lieu of flowers, the family respectfully requests memorial contributions be made in Lorrie’s name to Children’s Stage Adventures at www.childrensstageadventures.org or to your favorite animal rescue organization.

To order memorial trees or send flowers to the family in memory of Lorrie Gray, please visit our flower store.
Send a Sympathy Card