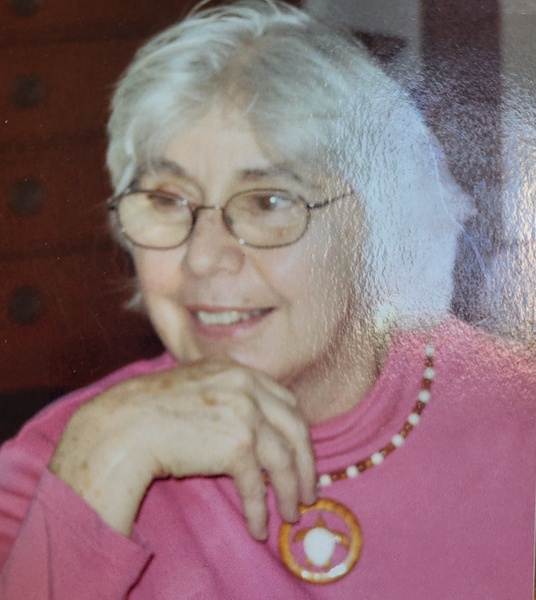 Grew up in New Rochelle. NY during WWII, where she collected for Community Chest and Red Cross and graduated from Convent of the Sacred Heart (HS), Manhattan, class of 1956.

Attended Wheaton College, Norton Mass and graduated from City College, Queens, NY in Elementary Education, 1968. Moved with her family to Durham, NH in 1969 and taught 1st & 2nd grade for the Oyster River School District for 30 years. She earned a Master’s Degree in Counseling from UNH in 1983, enhancing her effectiveness as an advocate and mediator while Chair of Legal Redress for the Portsmouth NH NAACP.

Ms. Jordan was a lector at St Thomas More Church. Her affiliation with the Buddhist faith began at Aryaloka Buddhist Center in Newmarket NH, then continued as a follower of the Thich Nhat Hanh teachings in Escondido, CA. She also attended Quaker meetings.

She lived in Lee NH for 50 years until 2019 when she relocated to Riverwoods in Exeter, where she continued advocacy through the Inclusivity Committee and the Race Unity Team of Exeter. Enjoyed travel and nature, particularly through swimming and kayaking.

She is survived by son Conrad Jordan, an attorney practicing in the New York metropolitan area and living in East Hampton, NY with wife Dianne LeVerrier and loving grandchildren Ayla and Cali.; and by daughter Michela Jordan Katz, social worker in San Diego, CA until her recent move back to Lee, NH. She is also survived by her brother Peter Capra, his wife Kathleen, and their children..

Her children are still deciding the where and when of a service/life celebration.

To order memorial trees or send flowers to the family in memory of Nina Jordan, please visit our flower store.