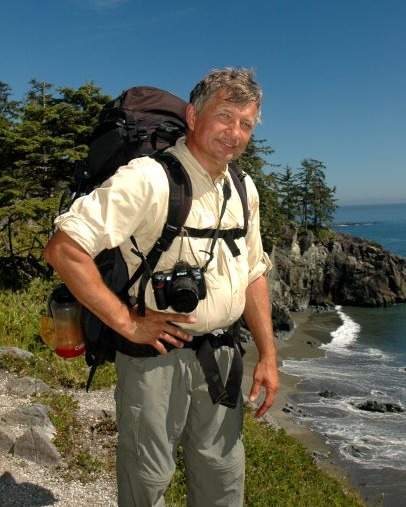 After a hard-fought battle with cancer, on Saturday August 27, Paul Krysiak, passed away at the age of 73.

Paul was born on May 25, 1949 in Fitchburg, MA to Stanley and Bridget (Bestre) Krysiak. Little did his parents know, until the delivery, that he was a twin!

He is survived by his daughters, Amy and Jen; his sisters, Mona DiCicco, Karen Krysiak, and Pat Nash (his twin); and his loving companion of 18 years, Sharon. He is preceded in death by his parents.

Sharon and Paul shared a passion for photography, hiking and camping, especially throughout the West. The Grand Canyon was his favorite place to be, returning to hike it year after year.  In 2004, he and Sharon hiked the 33-mile Chilkoot Trail in Alaska, and the following year, hiked the 49 mile West Coast Trail on Vancouver Island. He would scout out a location for a stunning photo, and wait hours for perfect conditions.  He embraced the solitude of traveling solo every summer out West, returning to places he treasured. As an expert woodworker, he crafted one-of-a-kind items often for gifts to loved ones. Many ski slopes offered challenges for this avid skier. He embraced adventures!

As an owner of home remolding business, he often found time to work tirelessly on projects for his loved ones. Previously, he was employed in the computer industry at Digital Equipment. Paul held a degree from Northeastern University, and served honorably in Vietnam as a veteran of the Air Force.

Services will be private.

To order memorial trees or send flowers to the family in memory of Paul S. Krysiak, please visit our flower store.