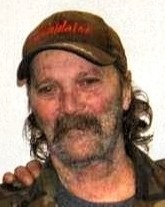 He attended local schools and was a lifelong resident of Nashua, NH. Mr. Parker was self-employed and worked as a painter for the majority of his life.

Perry enjoyed attending concerts and venues along with hunting and fishing. Perry took his music dearly and made it part of his life. Top artist included Lynyrd Skynyrd, ZZ-Top, and Stevie Ray Vaughan.

SERVICES: A memorial service will be held and the Polish American Club (function hall) in Nashua, NH on November 20, 2022 at 2 pm.

To order memorial trees or send flowers to the family in memory of Perry Parker, please visit our flower store.