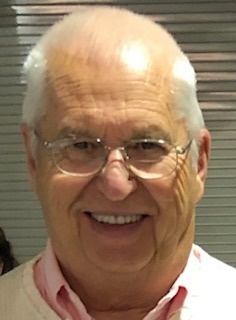 He was born on May 30, 1940 in Berlin, NH, the son of the late Leo Dubois and Arlene (Cloutier) Dubois. He was the husband of Maria Elena (Turcotte) Dubois. They were married on September 22, 1962 in Gorham, NH.

Dick graduated from Berlin, NH High School in 1959. Upon graduation, he enlisted in the NH Army National Guard serving until 1962. Immediately following his honorable discharge, Dick began a successful law enforcement career as a police officer with the Manchester, NH Police Department from 1962 to 1985 and as a deputy sheriff with Hillsborough County Sheriff’s Department from 1986 to 2001.

Dick was a loving and devoted husband, father, grandfather, brother, brother-in-law, uncle, and friend who loved hunting, fishing, boating, hiking, traveling, playing cards, going to the family camp, and spending time with loved ones. A well-known prankster and storyteller, nothing gave him more pleasure than telling stories of his adventures growing up or executing a well-timed pranks on an unsuspecting victim. Dick will be profoundly missed by his family, friends and anyone who had the pleasure of spending time with him.

Services: The Mass of Christian Burial will be held at 11:30AM, Friday, August 12, 2022 at Saint Elizabeth Seton Parish, Bedford, NH, with Rev. Monsignor Quinn officiating. Richard will be laid to rest at Holy Family Cemetery, Berlin, on Tuesday, August 16 at 11:00AM. Assisting the family with arrangements is the Cremation Society of NH, Manchester. In lieu of flowers memorial donations may be made to the Alzheimer’s Association. To view Richard's Online Tribute, send condolences to the family, or for more information, visit www.csnh.com.