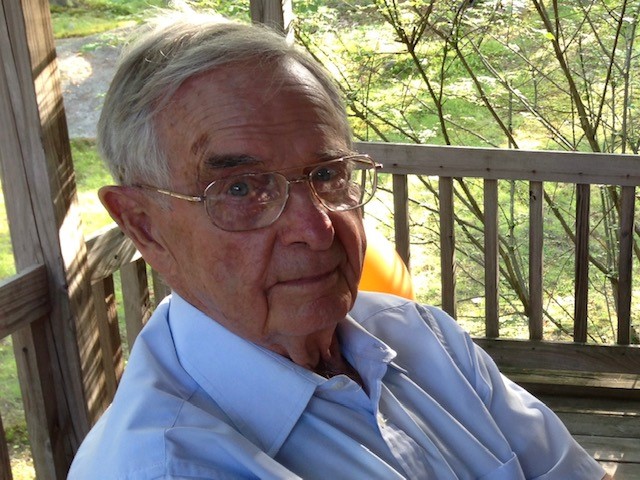 In his youth, Richard enjoyed spending time at the cabin his father built at Camp Hedding, NH. As an adult, he served as a radio operator in the U.S. Army Signal Corps during World War II, which he often credited for his travel around the world. In 1946, he attended a dance with Glenna Faye Draper, and they were married two years later on October 9, 1948. They raised their children in North Hampton, NH.

After retiring in 1988, he and Glenna moved to their cozy mountain home that they loved in East Wakefield, NH, where they hosted many family gatherings. Richard and Glenna loved touring New England and Canada on their Gold Wing motorcycle, traveling as far as the Blue Ridge Parkway in Virginia and also flying to Alaska for a motorcycle tour.

A funeral Service will be held on Saturday, May 14, 2022 at the First Congregational Church of Wakefield (2718 Wakefield Rd.) at 10:30 a.m., followed by a burial at Lovell Lake Cemetery in Sanbornville, NH.

In lieu of flowers, donations can be made in loving memory of Richard to Shriners Hospitals for Children, Attn: Processing Center, PO Box 947765, Atlanta, GA 30394, online at www.lovetotherescue.org/memorial-gifts/, or by calling 844-739-0849, Monday-Friday 8am-5pm.

To order memorial trees or send flowers to the family in memory of Richard A. Nelson, please visit our flower store.
Send a Sympathy Card