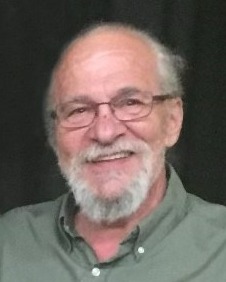 Robert A. Phaneuf, 67, Hooksett, NH went to be with his Lord and Savior, Jesus Christ on November 15, 2022 surrounded by his loving family after a brief battle with cancer. He was treated and cared for by the amazing team at Seacoast Cancer Center until Amedisys Hospice took over to facilitate his transition with compassion and grace.

Bob was born in Manchester on November 17, 1954 to the late Joseph E. and Jeannette (Pilotte) Phaneuf. He encountered loss at an early age with the passing of his eldest brother Joey in 1958 followed by his mother in 1963. Joseph, or “J. E.” as he was known, was left to raise the family as a single father. After Bob graduated from Manchester Memorial High School in 1972, he married the love of his life Susan (Bell) Phaneuf in 1974, with whom he shared 48 years of marriage.

First and foremost, Bob was dedicated to his family. He and his wife created a loving home that was known widely to be a place where all were welcome. He shared generously his time, love, and wisdom with all those whose lives he touched.

Bob was also a hard-working New Englander who started as a paperboy and remained working throughout his life. In 1998 he discovered a passion for computers that he was able to use in the service of his final employer, Pitco Frialator, where he worked as an IT technician for 24 years.

When not working or riding his beloved lawnmower, Bob’s love for life included both quiet moments on York Beach with his wife and laughing around bonfires at his infamous yearly New Year’s Eve parties.

Bob was a constant presence in the life of his daughter Jamie (Phaneuf) Bolduc and his son Nick Phaneuf. As their families grew to include spouses Tony Bolduc and Michalea (Wood) Phaneuf, Bob brought them into his heart and home. And perhaps his greatest love was reserved for his grandchildren: Hunter and Madyson Bolduc and Winter Phaneuf.

A Celebration of Life will be held on Monday, November 21st at the Cremation Society of New Hampshire, 243 Hanover Street, Manchester. A gathering will be held from 4-6PM with a memorial service beginning at 6PM.

In lieu of flowers please donate to the local charity of your choice as Bob’s life was an example of walking in the words, “...for I was hungry and you gave me something to eat…I was a stranger and you invited me in…” -Mark 25

Assisting with arrangements is the Cremation Society of New Hampshire, Manchester. To view Bob's online tribute, send condolences to his family, or for more information, visit https://csnh.com

To order memorial trees or send flowers to the family in memory of Robert Andre Phaneuf, please visit our flower store.