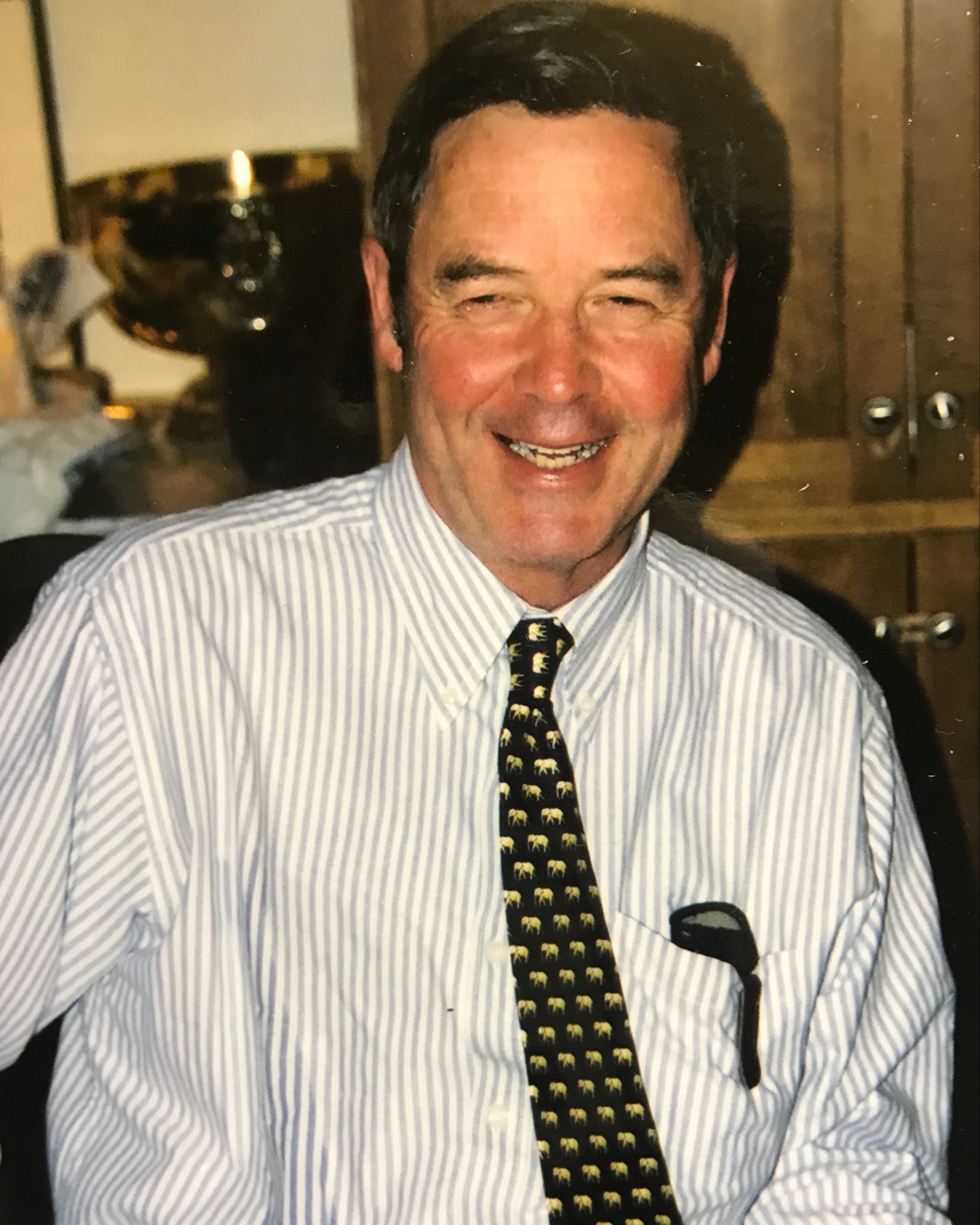 Bob spent his formative years in Darien, CT and Dover, MA, and graduated from Noble and Greenough School in Dedham, MA in 1955. After a year and a half at the University of Vermont, Bob went on to pursue his passion for flying and airplanes by working as a sales representative for Cessna Aircraft and launching and running his own aircraft sales business, Gregg Aviation, from 1963-1968. In 1969, Bob began a 48 year career working for LandVest, Inc. in Boston, where he served as the New Hampshire Regional Manager from 1970-1995. He continued to work as a broker for LandVest, making his last sale in 2017.

Bob married the love of his life, Mary Williams of Peterborough, NH, in 1962. They lived in Medfield and Sherborn, MA, before finally settling with their four children at the “Ocean Born Mary House” in Henniker, NH in 1974. Together, they restored this landmark property to its original grandeur. After Mary’s passing in 1997, Bob lived in Dublin, Hancock, and finally Keene, NH.

Bob dedicated his life to his family, his work and his passions. In New Hampshire, he was a life member of The Society for the Protection of New Hampshire Forests, incorporator of the Trust for New Hampshire Lands, chairman of the Henniker Master Plan Committee, secretary of Henniker’s Quaker District Historical Society, and board director of the Spaulding Youth Center Foundation. However, he may best be remembered as Henniker’s only Little League Baseball coach who drove a green Ford station wagon instead of a pick up, or for his generous sweet treats from his amateur maple syrup operation in both Henniker and the Adirondack Mountains.

Bob loved the “North Country.” As steward of his family property (“camp”) in the Adirondacks, Bob supported the New York Forest Owners Association, co-founded the Efnor Lake Association, and earned certification for his nearly 400 acres of forestland through the American Tree Farm System. In Maine, Bob dedicated much time and energy to his beloved Camp Agawam, where he spent five summers of his youth as a camper and counselor. He served as a trustee, board member and a term as president of Agawam Council during the years 1985-2017, and was named “Director Emeritus” in 2017.

Bob is survived by his children: daughter Mary Gregg and husband Don Denton of Haverford, PA; daughter Robina O’Rourke and husband Charlie of Portland, ME; son Robert Gregg, III and wife Kathy of Richmond, VA; son Walter Gregg and wife Melinda Baxter of Woolwich, ME, and his sisters Robina Gregg Worcester of Marion, MA, and Susan Gregg Renfrew of Santa Barbara, CA. He will also be missed by his six grandchildren and many nieces, nephews, cousins and friends.

In addition to his parents, Bob was predeceased by his wife Mary and stepmother Phoebe Taylor Gregg.

A celebration of Bob’s life will be held at 2:00 PM on April 1, 2023 at the Peterborough Unitarian Church.

Memorial donations may be made to Home Healthcare Hospice and Community Services of Keene at https://www.hcsservices.org/donate/ or the Society for the Protection of New Hampshire Forests, 54 Portsmouth Street, Concord, NH 03301 or https://forestsociety.org/contributions.

To order memorial trees or send flowers to the family in memory of Robert E. Gregg Jr., please visit our flower store.