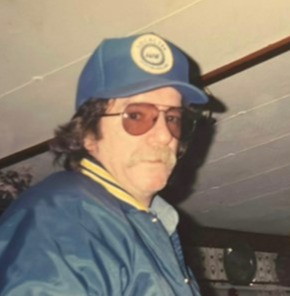 Ron Santerre, 73, of Citrus Springs, FL peacefully passed away on January 16th surrounded by his loving family, after a brief battle with cancer. Before retirement he was employed as a pipe fitter for 30 years at the General Electric Company in Fitchburg, MA. He enjoyed rural living and spent a major part of his life residing with his family in New Ipswich, NH and Lunenburg, VT, prior to his move to Florida in 2010.

Ron will be remembered for his love of family and enthusiastic following of NASCAR and the New England Patriots football team. In earlier years, he was an active community member in New Ipswich, NH, and worked to start the Pop Warner football program. He was very involved in children’s sports and for a time was head of the town’s recreation department. Ron was also a volunteer of the New Ipswich Fire Department and the town EMS system.

Ron is predeceased by his parents; Norman and Rose Santerre and brothers Gary and Kenny Santerre. He also remained close to his nieces; Crystal Funderburg, Holly Tousha and sister-in-law Donna Santerre, all of Manassas, VA.

In lieu of flowers, please consider a donation to savethemanatee.org

To view Ronald’s Online Tribute, send condolences to the family, or for more information, visit https://csnh.com/.

To order memorial trees or send flowers to the family in memory of Ronald Joseph Santerre, please visit our flower store.