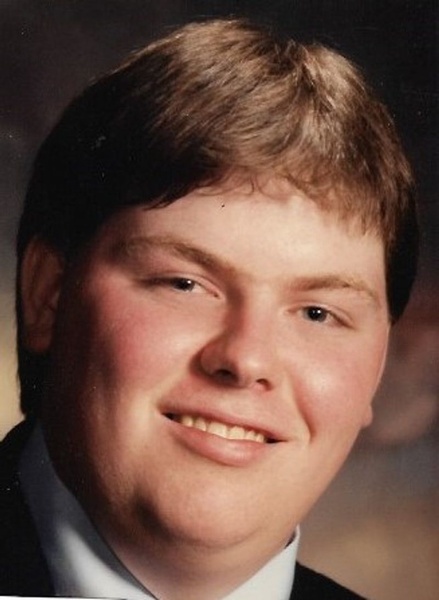 Ryan L. Perry, age 47, of Manchester, passed away peacefully at his residence July 8, 2021. He is the son of Linda (Benoit) Perry of Ocala, Florida and Arthur Perry III and his wife Susan Champagne Perry of Canterbury, NH.

Ryan graduated from Manchester Memorial High School in 1992. He retired from McKesson Corp. in Manchester, NH. Ryan is survived by his brother Scott Perry of Ocala and Cousin Marissa Perry of Allenstown, NH. His sister Tina Fryer and her husband Kevin Fryer and god son Kyle Fryer all of Ocala, Florida and step daughter Emily Barker of Manchester, NH. Also several aunts, uncles and cousins in the Manchester area and especially his Auntie T from Merrimack, NH.

He was an avid sports enthusiast. He played baseball at South Little League. Ryan was a lefty but batted right handed and he played first base. He then played for the 13 and 15 year old Babe Ruth and won the 15 year old batting title. He would laugh and say the trophy was taller than his older brother. After that, he played a few years for Sweeney Post. There was no one like the North Carolina Tar-heels. The NY Mets and Cowboys were also his favorites. When Ryan walked into a room the lights got brighter. I used to say he was a gentle giant. My daughter and I would call him RYRY. When he laughed it sounded like hehehe. When he was in pain he would say all is good and call me Mother Dear. He had many friends and loved and enjoyed them all.

Ryan's resting place will be with his family in Ocala, Fl. There will be no calling hours.

Those who wish may make a memorial contribution in Ryan's memory, may do so to the Make A Wish Foundation, Make-A-Wish America, 1702 East Highland Ave., Suite 400, Phoenix, AZ 85016 or www.wish.org
To order memorial trees or send flowers to the family in memory of Ryan Louis Perry, please visit our flower store.
Send a Sympathy Card