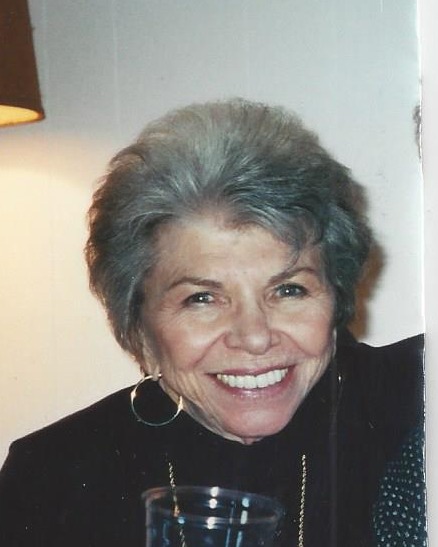 Tiby (pronounced Tybee), as she liked to be called, was born on February 2, 1928, in Roxbury, MA, the daughter of the late Henry and Minnie (Baker) Gerson.

As a young child, Tiby was a gifted piano player. When she entered her teen years, she had to choose between pursuing a career in music – perhaps as a concert pianist or move in an academic direction. She chose to become a teacher.

After teaching elementary school, she stopped to raise her family, Tiby eventually returned to teaching as an instructor of English as a Second Language at Newbury College. Most of her students were from foreign countries and struggled with the English language.  Tiby opened up the world to them. Patiently, doggedly – and with lots of heart - teaching them English and watching as they successfully navigated the vicissitudes of a new country. Her students adored Tiby, often inviting her to their native lands or bringing her coffee ice cream. During her stay at Newbury College she also authored a respected book on English as a Second Language. In her final years, Tiby struggled with memory issues, but up until the very end of her life, she never failed to correct someone speaking improper grammar.

Perhaps Tiby’s greatest attributes were her hilarious, irreverent sense of humor and making all of those around her feel special – and in particular – her husband Eddie and two children, Charlie and Howie. Warm, funny, opinionated, and caring, Tiby thoroughly enjoyed entertaining, often opening up her house to over-flowing crowds at her annual Seder extravaganza (she was an amazing cook!).

Tiby was an ardent traveler, visiting numerous continents and was a health nut before it became popular. Almost every day of her adult life she was either walking three miles a day with her neighbor Hansa, or swimming at 6am, at the Newton Marriott. Her refrigerator was always stocked with blueberries, broccoli and other nutrient-rich items that none of her kids wanted to touch.

Tiby enjoyed over 30 years of marriage with her husband, Eddie. They loved to dance, eat at Carl’s Pagoda in China Town, talk politics and travel.

Later in life she became a talented bridge player, enthusiastically attended Boston Symphony Orchestra & Pops concerts, and was an incredible grandmother; frequently traveling to Merrick, NY or Salem, NH to dote on her cherished grandkids.

Members of her family include; her son, Charles Appelstein and his wife Cheryl of Salem, NH; son, Howard Appel and his wife Geri of Merrick, NY, Grandchildren,  Justin Appel and wife Danielle, Lindsay Green and husband Ross, and Julie Appelstein, and great grandchildren, Brianna and Ethan. She was predeceased by her husband, Edward Appelstein.

SERVICES: There will be no services at the family’s request.

To order memorial trees or send flowers to the family in memory of Thelma Appelstein, please visit our flower store.